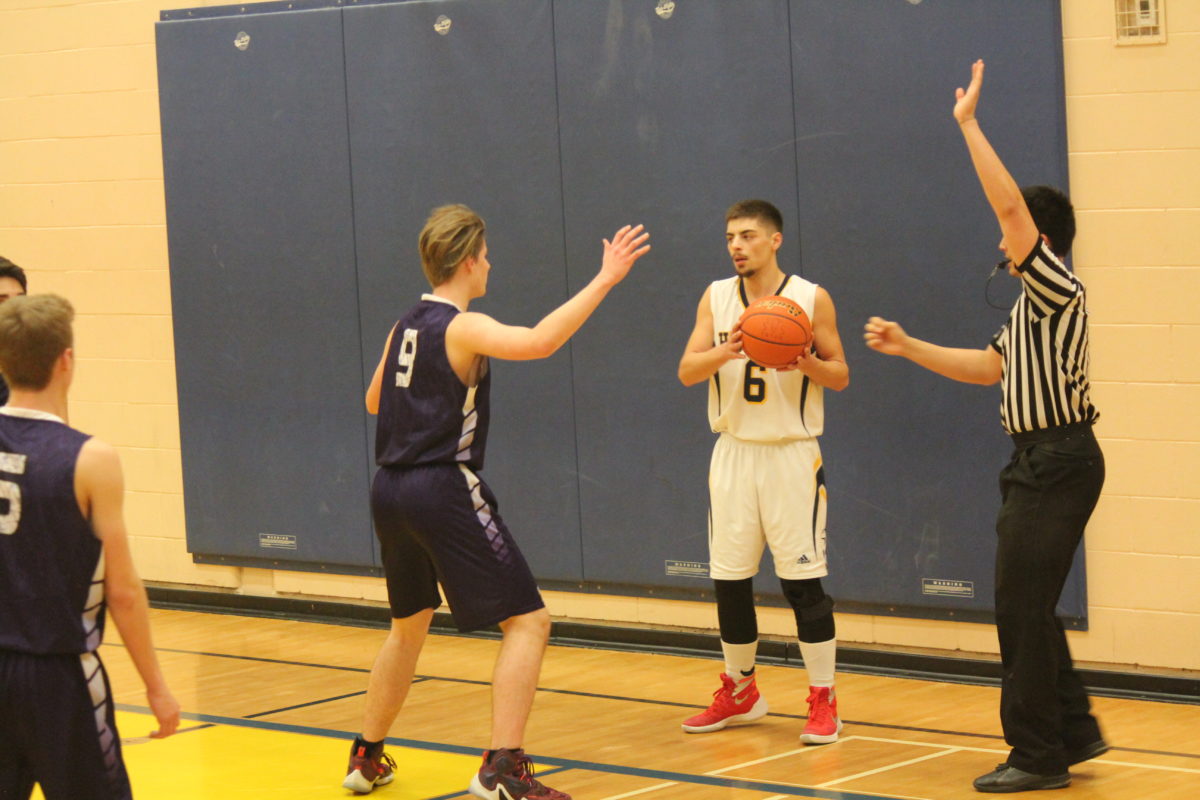 I just spent a couple of days being a chaperone for my sons basketball team at a tournament in Salmon Arm. The chatter in the car on the way was in some ways amusing, but I was impressed with how they were so excited about the actual tournament. Seems like every time this particular school in Salmon Arm puts on a tournament, it is a great time and the team really enjoys themselves. It is sometimes no small task to win the hearts and minds of teen boys, even though they may be old enough to be on the edge of that teenage mentality. These boys were bordering on the edge of adulthood. I only knew a few of them on a very surface level, and after a car ride there with a few shuttle trips around town and a trip back to hometown Kelowna, it would be unfair for me to say that I really got to know these guys on a deeper level. However when it comes to knowing people and understanding them better I think it can be safely said that going from almost nothing to something more is generally a really good thing.

Sitting back and taking the role of observer is a fun position to be in as well. When you can be quiet and the yourself is a small part of the equation, others themselves have more room to fill in the space. The trick is though, they have to reveal who they are. And that takes time for trust to build. It took long hours of sitting on bleachers, being there with and for the team to wait for their game time and their chance to do what they have been practicing to do. As a parent of one of the team members, it is of course easier to cheer for my very own flesh and blood than it is for the rest, but they all have their parts to play and their strengths and weaknesses. They at times laid back and seemed to coast, and at other times dug deep and pushed as hard as they could. They made it exciting to watch, executing passes and handling the ball like well oiled machines, taking advantage of the moments when other teams let down their guard or seemed to be doing the kind of coasting that they did at times. There were moments of silliness, too. My favorite part (and of course it’s also because it was my son doing it) was when  some pure cheekiness took place out on the court.

Play had stopped, and our team was to gain possession of the ball under their own net. Something had happened with the time clock or something, and the play stayed haulted for quite some time. My son was under the net, waiting to be handed the ball when play was to resume, but for some reason, the ref was just standing there holding the ball with one hand and had his other hand raised in the air the whole time. All of a sudden, my son looked at the ref who had his hand in the air but not really paying attention to him as he stood beside. With a mischievous glint in his eye, he turned to the ref and high fived his raised hand. No reason, just seemed like a fun thing to do. The ref smirked at the quirky unexpected gesture while those in the stands that saw it had a chuckle. It was an intense game against a worthy adversary, but at that moment, everyone who saw the gesture realized that even though fur was flying in the game, and the boys were putting in their all, at least one of the participants was there to make even that fun.

There are lots of times that we all seem to get so wrapped up in the intensity of life that we forget to look at anything about it as fun. I guess it’s all about balance as well, because fun can be as much of a distraction as it can be a life giver. Let’s face it, sometimes we need the distraction of fun to deal with the intensity of life, making the intensity of all of it somehow more bearable. Livable. Able to be endured. But at other times, we use it to keep us away from the intensity and we don’t face up to things that we need to face, allowing us to avoid finishing well. Sometimes it isn’t even the fun itself that is the problem; it is how far we take the fun and going to the point of letting our “fun” activities cause danger for ourselves or others or taking the fun to levels of self harm. That’s going to leave a mark.

These blog posts are about stroke survival and recovery, so what does this all have to do with the purpose of this blog post? Well, for starters, stroke survival is also intense. Especially if you stop and think about it and take the time to recognize that things could have turned out worse. Recovery is even more intense that the survival, because every day the fight to gain back what was lost is there in front of me whether I want it to be or not. No escape from the recovery means that there is always a temptation to find escape in something else. How many days in a row can the average North American push themselves to greater things without wanting a break? I’ve had to see what taking a break from recovery actually does…. the hard way. It seems if I let up on the stuff that I know I need to do, it causes some real setbacks. And that’s just the mind and body stuff happening without any of the external things that can happen. I’ve written about the new enemy I discovered when my truck broke down and I sat in the cold for a while. That fight took me by surprise, so it had a wake up call effect on me that I won’t soon forget. I’m also fighting some stuff that is purposely inflicted on me for my own good. The reference is to the stinkin’ meds that I have to take as a part of betterment of health and self care from this point on. Wouldn’t you know it, but finding the right dosage of some meds can have negative effects on my body as well. I had to tell the doctor the other day that one of the meds he changed to a higher dose was causing some grief. It was the first time I recall a doctor apologize for inflicting deep misery on me. That sent me off on a tangent of trying to think of other situations in life where we subject ourselves to misery with the expressed purpose of doing ourselves good. Health and physical fitness are the focal point of this kind of activity.

I thought that doc and I had figured out the meds problem, but it looks like we have some changing to do. In the meantime, I will look for the moments in every day when some unsuspecting ref is standing there with his arm raised for no apparent reason, and slap a big old silly high five on him just because. Have fun. Don’t take it so far that it stops being fun anymore. High five!

Seeking pilgrm, Husband to a most true companion, father to 5, and user of opportunities. View all posts by dharsch

One thought on “High Five”

Get Email Notifications on new Posts