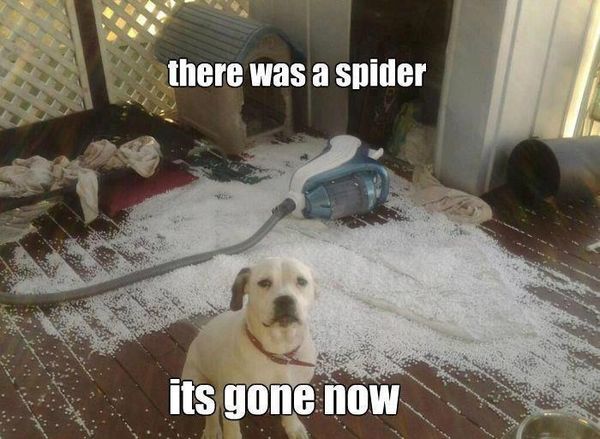 Sometimes I get asked why I share the things I do about my stroke. I’ve even been told that I am brave for sharing such private information. I don’t think that bravery is exactly how I would see things. Bravery is a different animal altogether…or at least it seems to be to me. I’ve been thinking about why I share.

I am presently fascinated by the show Alone on History channel. Although the third season just ended not so long ago, I think about the show often. It is yet another reality show that’s premise is about survival. With a twist. The contestants are actually taken to remote locations with a very limited amount of survival gear and they are completely on their own, with only a camera to record what they are up to on a daily basis. Each season seems to keep getting stretched out longer and longer as the contestants have the inspiration of those who were out for over 60 days all by themselves, surviving off of what they can hunt or gather or fish for. If you watch the show for action and quick plot line unfolding, you will be sorely disappointed, as most of the video footage is of the contestants in the show eking out their daily existence and facing the challenges of being on their own. But that’s the compelling and actually riveting part of the show. The part where the figurative brains and hearts of the participants are spilled out for all to see. Producers and editors must spend hours going through footage looking for the moments of revelation that the contestants reveal the thought processes they are going through. There are moments when the anguish and psychological torment of being alone come to a boil and they come out in the speech and actions of the contestants. The challenge of foraging for food and safe shelter, the activities of making safe shelter and going up against the predators and intrusions of wildlife would be enough for most, but the real challenge comes in being alone. If it weren’t for the camera, there would be no one to talk to but themselves. Fun happens when they talk as though they are talking to themselves, while the camera is rolling.

For some of the people on the show, there are simple obsessive loops that start to play in their minds, from which they cannot seem to escape. I think everyone who watched season 2 will remember the fact that David, the eventual winner, was really stoked about Kentucky Fried Chicken. He even went through an imaginary scenario where he was at the order desk, and he clearly ordered what he was dreaming about. If you weren’t ordering right along with him, that may be a sign that you need a therapist or something because we all love the Colonels wonderful chicken. There are others on the show who seem to lose their focus early on and instead of following through on their intent to survive and win the show, they begin to think of their family in such a way that they cannot handle being away from their presence for a moment longer. Each contestant on this show has the ability to “tap out” by calling rescuers on a satellite phone so that they will immediately get medical attention or actually get a ride out. Still others have to call because they cannot sustain warmth in their body or the starvation has depleted them to the point where they make the call because they feel they are on the verge of making bad decisions. To watch it, you can sense the disappointment in those who tap out because they have lost their ability to sustain health or life. A few medical emergencies, a couple of cases of hypothermia and various other reasons come up, but for the most part, it is the alone factor that gets the contestants. They get themselves in a thought loop of thinking about all the other people in their life. Lonliness motivates all of us in different ways, but being alone is never considered a state that we seem to be able to sustain for long periods of time.

I don’t have an extensive group of friends that I hang out with in Kelowna here. It just hasn’t seemed to work out to find people that are available and able to get connected with. As the business I was developing got busier, I was able to connect more regularly with a bunch of people who were constantly coming through my day as I went from task to task and place to place. Without knowing a lot of people, the work connections I had made became a constant outlet and input for me that I looked forward to. I’ve met alot of really interesting people. I’ve learned of conspiracies that would make YouTube dark side of the internet lovers blush, and found out how exactly the world trade center could be an inside job and the like. I’ve learned some ways to tell off people that I like as much as I’ve learned to tell off people that I didn’t like. Construction/trades are some of the most wildly interesting people with ideas and sayings that bring to life a side of society which most don’t regularily see. I’ve learned more about Kelowna in a single lunch time conversation than I’ve learned in the 4 or so years that we’ve been here. There is a different perspective on the world just waiting to be revealed if you get to know people that you don’t normally hang out with. And there is a human side to the rank and file that I don’t find in the hyper educated who seem to grab everyones attention most of the time.

I’ve had to learn to like myself a lot more since I had my stroke. Just more of me time and that means more of me to go around than the “other”. There are visits from some folks, and I do get out quite a bit more than I did in the beginning, but there are much fewer interactions than what I used to have, so it’s been an adjustment to say the least. Talking to myself happens on occasion, yes, but I promise that I keep the arguing and swearing to a minimum. That kind of stuff is not even fun to hear coming from my own mouth. All those around me get concerned when I raise my voice at myself as well. Made for TV movies may be entertainment that we switch the channel to from time to time, but when that s*!# gets real, we actually run away. So I’ve always been aware of this fact and have worked to keep things in check. I know you’re all relieved. There is always something that I can find to do, even if I get caught like a dog tearing apart the couch for entertainment.

Embracing change has become more difficult as change isn’t always welcome when it comes. Change can actually make demands on us that we didn’t expect and it holds a lot of anxiety for those affected. The changes may still come and I will get used to it. Dealing with change in a more disconnected life has lots of interest. Blogging like this is a way to reach out and interact with people that aren’t always able to spend real time with me. Encouragement is not immediate, but shows up in the comments and revelations that come from someone who has read Facebook or this blog and makes reference to something I’ve written about. Those are the true tidbits of encouragement that come in a different form of interaction. And I believe for as much of a struggle as it is to write all of this stuff out at times, it is the reason for writing. I still need to be connected with people. I appreciate it when you read these blogs and show you’ve done so with words of encouragement or reflection. Thanks to you, my friends.

Seeking pilgrm, Husband to a most true companion, father to 5, and user of opportunities. View all posts by dharsch

Get Email Notifications on new Posts